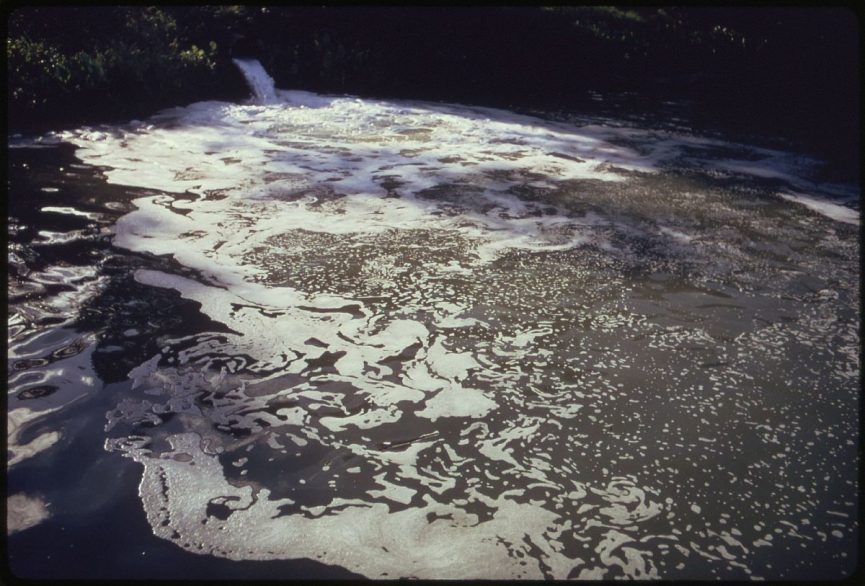 In this article, we will review the reasons why chlorine is so widely used in the water industry, the mechanisms of disinfection and de-chlorination, and consider the environmental and reputational risk to all stakeholders when discharges interact with the environment.

Untreated discharges from commissioning works can have a devastating effect on the ecosystem of the receiving watercourse as they are often highly toxic to aquatic organisms.

There have been several high-profile prosecutions in recent years and six-figure penalties are common, but while health and safety planning gets the highest priority many projects are still neglecting to consider environmental risks during planning and delivery.

The need for disinfection.

Public health is a key factor in the provision of potable water, and therefore all microbiological risks must be addressed, and to achieve good quality clean wholesome water companies, contractors and consultants must use products and chemicals to mitigate health risks.

History of disinfectant use.

In 1854 Dr John Snow was the first person to prove through an epidemiological survey in Soho, London that Cholera was a waterborne disease. Also in the US, “Typhoid Mary” became widely known as a carrier of the Typhoid disease around the early 1900’s.

Permanent water chlorination began in 1905, when a contaminated water supply caused a serious typhoid fever epidemic in Lincoln, England. They successfully used chlorination of the water to stop the epidemic and with the continuous use of chlorine to disinfect water, waterborne epidemics began to gradually reduce.

Chlorination of water is currently the most common method used to treat water and prevent the spread of waterborne diseases such as cholera, dysentery and typhoid.

When chlorine is added to water it rapidly hydrolyses and forms hypochlorous acid (HOCl) which is a very strong disinfectant.

There are various chemicals which are widely used to generate HOCl with the most commonly utilised being:-

Hypochlorous acid then dissociates readily in water to produce hydrogen and hypochlorite ions:

The summation of the chlorine, containing compounds HOCl and OCl- is often referred to as the free chlorine content.

Common usage levels and their impact

Whilst levels of free chlorine in drinking water are generally maintained at relatively low levels (0.5 mg/l would be typical in UK drinking water), much stronger solutions (in excess of 50 mg/l) are utilised to disinfect new pipework and infrastructure prior to going into public drinking water supply.

Whilst the benefits of chlorine can protect public health, it can also be highly problematic if high concentrations are released directly into the environment. Uncontrolled chlorine releases into the environment can cause fish kills and enormous damage to the ecosystem. The individual or organisation causing the release can face very heavy fines as well as enormous reputational damage.

In addition to prosecution from environmental regulators such as the EA, NRW, SEPA or NIEA, uncontrolled or unexpected discharges can create customer contacts which will seriously impact on a water company’s SIM performance and ultimately lead to financial penalties from OFWAT.

To reduce or remove environmental and financial risks it is essential that sufficient planning is placed on the discharge element of the project. Unfortunately, the planning element is rarely considered for “routine” projects. Whether there are significant flows of relatively low chlorine levels (typically encountered during mains flushing or tank emptying) or smaller flows with high levels of chlorine (which are often encountered during commissioning works and pipeline disinfection) the treatment of these discharges can be critical to the protection of the environment but are not seen as project critical.

The most prevalent methods of addressing this issue are to treat the water with a strong reducing agent such as Sodium Thiosulphate (often in pentahydrate crystal form). Alternatively, liquid Sodium Bisulphite solution can perform the same function as well as further alternatives based upon the same chemistry such as Sodium Sulphite (Na2SO3) in tablet form and Sulphur Dioxide gas (SO2). Commercially available products such as Sodium Ascorbate and Ascorbic Acid can also neutralise chlorine solutions but these would almost certainly be excessive in cost for large-scale industrial use with large flows and/or high concentrations of chlorine.

De-chlorination using thiosulphate crystals placed in a hessian sack or net bag is still widely used, these crystals dissolve when placed within the discharge flow and through a simple and quick redox reaction will reduce the chlorine into compounds which are less harmful to the environment.

However, whilst this process is effective at removing chlorine (assuming the crystals have not all dissolved and an empty sack is left in the flow) it is a very crude method of introducing the treatment chemicals and it is very likely that (at least initially) excessive amounts of the reducing agent will be taken into solution. Consequently, the excess chemicals will then target the next available oxidisable component in the water which will generally be dissolved oxygen.

It is very well documented that the release of excess reducing agents such as sodium thiosulphate will scavenge oxygen in the receiving water and significantly reduce the levels of dissolved oxygen (DO) in the system. This action can have an even greater detrimental impact on the ecosystem than chlorine. A study has also shown that when Sodium Sulphite (Na2SO3) tablets were placed across a flow of 200 l/min with 1.8 mg/l free chlorine the DO concentration decreased significantly from 8.08 mg/L to 2.91 mg/L within 25 minutes.
It is therefore critical that a carefully controlled and monitored chlorination and de-chlorination process is designed and implemented for each project.

How can the client and contractor work together to deliver the best project outcome? Teams work across the UK on diverse projects ranging from routine DMA flushing through to disinfection of major new assets and their associated pipework. One such recent project being the new 90Ml Severn Trent reservoir at Ambergate.