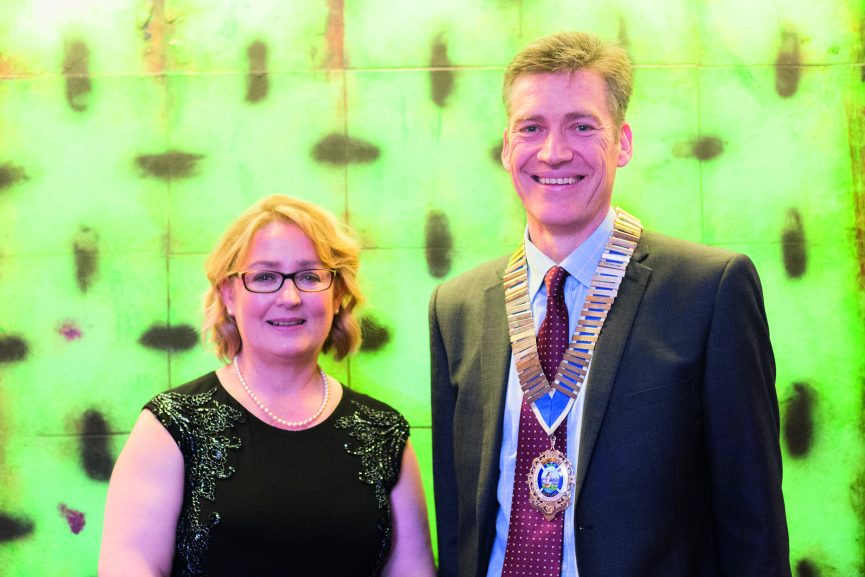 Our very own Jim Panton took over as the Institute of Water – Scottish Area President on Saturday during the President’s Dinner which was held in Glasgow.

In taking over as President for the Scottish Area, Jim is keen to continue and build on the momentum started by the outgoing President Belinda Oldfield, the General Manager of Revenue and Risk at Scottish Water. Between them, they decided to focus the efforts of the area on the Circular Economy and Jim is looking to now sharpen that by including the importance of Leadership when it comes to the Circular Economy.

Jim and Belinda both agreed that working in partnership with other similarly focused organisations is key. In early February 2017, Belinda organised a round-table discussion on the circular economy, supported by the Scottish Government’s Hydro Nation programme, which pulled together representatives from a number of different organisations. This included Scottish Water, SEPA, WICS, Zero Waste Scotland, IOW, Highlands and Islands Enterprise and NHS Highlands, amongst others, and a number of key actions or improving resource efficiency were identified by the group.

The next stage of the programme is to expand this to a wider audience with Jim now organising a Circular Economy Leaders Summit in Scotland on the 26th of May 2017. This will be an event for IOW members, and others, to further their understanding of the circular economy as well as the mindset and knowledge needed to become a leader in the endeavour to build a world-leading sustainable economy. Further details and pre-registration is available at hydro-nations.com/cel/